Creativity, Communities, and Public Spaces in Germany, Europe and Russia

The area is developing as an interdisciplinary field analyzing public culture manifestations in Russian and European contexts. The area covers studies of the cities’ “soft power”, embodied in the practices of communities and in the changing nature of places. The activities within the area focus on three dimensions of public culture: actors – creative and activist communities, their practices – from street art to public participation, and the contexts in which they operate – urban places, public spaces, studio settings or creative clusters. Methodology of the projects comes from sociology, anthropology, urban studies, cultural studies, art history, and curatorial research. We merge various analytical approaches to shed light on public culture, including sociospatial analysis, network analysis, narrative analysis, visual analysis, and emotional analysis. We also synthesize various types of data on public culture, e.g., quantitative data from the digital footprints of urban communities and qualitative data from observations and interviews with their representatives. In doing so we seek an in-depth understanding of the “invisible” grassroots transformation of the shared and public spaces. When collecting the data, we maximize stakeholder participation in our research, be it adult citizens, junior city dwellers, or creative professionals.

Lead projects of the research area are oriented towards humanization of the environment through participatory design and work with communities. The “Emotional City” project (supported by the Russian Foundation for Basic Research) under the leadership of Aleksandra Nenko, CGES associate researcher and associate professor at Institute for Design and Urban Studies of ITMO University studies urban emotional landscape and develops emotional mapping practices to improve urban design. As a part of the project, the emotions experienced by residents and guests of the city are used to measure subjective quality of urban life and urban environment. To understand the emotional landscape, metrics of the emotional context of the city are developed and the environmental characteristics of “joyful” and “sad” urban places are defined.

The “City for Children” project is dedicated to the development of urban and rural spaces with and for children. Within the project, researchers together with schoolchildren assess the safety of the urban environment, create projects to improve the environment in educational institutions, conduct workshops on participatory design of playgrounds and lead educational projects for young residents of new housing.

Starting 2021, the project “Spatial segregation of the largest post-Soviet cities: analysis of the geography of personal activity of residents based on big data”, supported by Russian Science Foundation, analyzes informal structure of urban space as clusters of citizens’ daily activity using geolocated data from social media. The project investigates the reasons for unequal use of urban space and access to various environmental affordances in 10 cities of the former Soviet region.

From 2015 till 2018, in partnership with the Network of Cultural Institutions of the European Union and the Goethe Institute in St. Petersburg, public educational and research project ARTS4CITY took place under the curatorship of Aleksandra Nenko. ARTS4CITY was focused on art-urban studies and cultural activation of urban spaces in St. Petersburg. The project brought together European and Russian artists, researchers, and residents of St. Petersburg. Thus, in cooperation with the Friedrich Ebert Foundation and the City Property Fund of St. Petersburg Government together with artists from Russia, Lithuania, the Netherlands and Poland “Arte Punctura” project was implemented, aimed at cultural reconceptualization of the former giant plant named “Red Triangle”. With the support of the CGES and in partnership with district administrations, state organizations and NGOs other activities were undertaken, e.g. activation of the Tovstonogov square, banks of the Okhta river, courtyards of the Vyborg district, development of a neighboring center at “Sovremennik” library, international workshops “Genius Loci” at Sevсabel Port and “Art revitalization of Industrial Territories” in Planetarium № 1. Later on, the project's developments have been implemented, including in urban art laboratories dedicated to individual parts of the city. For instance, in the fall-winter 2020-2021 in cooperation with the Mayakovsky Library and the Perfobufet group an urban art laboratory “25 lines” dedicated to Vasilyevsky Island in St.Petersburg was organized. 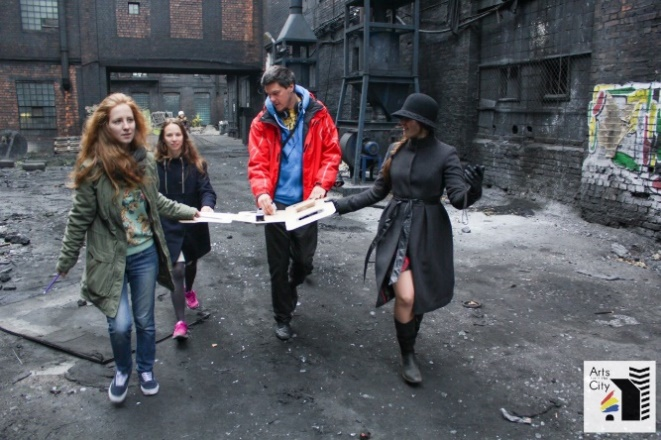 In addition, within this research area a range of CGES-affiliated researchers and other social scientists and humanities scholars are benefiting from financial, administrative, and advisory support for their research activities in Germany and Europe from the CGES. For instance, the study ‘Cultural transmission in small communities: The role of family, community and socio-political conditions in the life of Russian speakers in Spain and Australia’ by Raisa Akifyeva, NRU ‘Higher School of Economics’ and University of Western Australia examines language transmission, child-rearing practices, and the influence of the host society in ‘small’ communities of migrants in Madrid and Perth. Another study ‘Urban Aesthetics in Post-Socialist City with German Past: Practices of Assessing and Producing Aesthetic Properties of Architecture’ by Anastasia Halauniova, University of Amsterdam is focused on the role of aesthetic judgement and aesthetic changes of architecture in a city with a complex, multi-layered history of repossession – Wrocław, Poland. The project ‘Social history of Russian Berlin in the 1920s’, conducted by Konstantin Kotelnikov, Institute of History of St. Petersburg State University examines adaptation problems of Russian emigrants in Berlin in the period of 1919 – 1933 as well as delinquent behaviour of the Russian emigration in Berlin.

Within this area, individual researchers also benefit from the opportunity to organize CGES-supported events on the topics of their individual projects. A few examples are the seminars ‘Gendered (In)visibilities: Contemporary Art and Curatorial Practice in Russia and Europe’, ‘Creative labour in transition’, and the workshop ‘Artistic education between tradition and experiment’ by the former PhD Fellow of the CGES Margarita Kuleva, NRU ‘Higher School of Economics’.