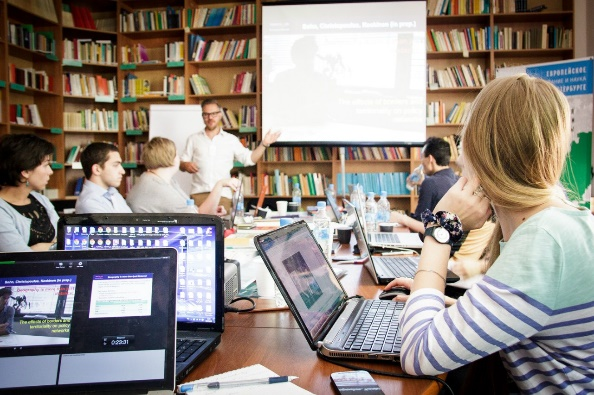 CGES conducts research activities within perspective areas of the interdisciplinary international field of European studies encouraging academic networking, integrating research and education and supporting follow-up as well as public implementation practices. These principles, based on recommendations of the CGES Evaluation Report of 2007 and the CGES Application for 2009-2013, underpin the overall CGES activity, which has been positively evaluated in the second interim of 2011 as well as third interim of 2013.

Involvement of junior Russian and European scholars into international research activities is one of the key objectives for CGES promoting German and European studies in Russia, increasing scientific capability of CGES and providing sustainability of the studies run by the Centre.

CGES academic activity is based on the following principles: